Long-term survival of a patient with advanced pancreatic cancer under adjunct treatment with Viscum album extracts: A case report

A 59-year-old architect developed epigastric pain. A cystic lesion of the pancreas of 45-mm diameter was detected. In a follow-up magnetic resonance imaging, about one year later, multiple lesions were seen in the corpus and the tail of the pancreas; CA-19-9 was elevated to 58.5 U/mL. A distal pancreatectomy with splenectomy was performed, and a tumor of 7 cm × 5 cm × 3.5 cm was excised. Histologic investigation showed an intraductal papillary mucinous neoplasm-associated invasive adenocarcinoma with invasion of the lymph vessels, perineural invasion, and positive nodes (2/27); surgical margins showed tumor cells, and the tumor was classified as pT3 N1 M0 R1. The patient was treated with radiation of the tumor bed and capecitabine/oxaliplatin followed by gemcitabine and FOLFIRINOX. Seven months after surgery, a liver metastasis was detected and treatment with FOLFIRINOX was started. Four months after detection of the metastasis, the patient opted for additional treatment with VAE. Another month later, the metastasis was treated with radiofrequency ablation (RFA). Eight months later, the hepatic lesion recurred and was again treated with RFA. The continuous VAE treatment was increased in dose, and the patient stayed recurrence-free for the next 39 mo in good health and working full-time (as of the time this case report was written).

We present the case of a patient with aPC with R1-resection with development of liver metastasis during the course of treatment who showed an overall survival of 63 mo and a relapse-free survival of 39 mo under increasing VAE therapy. The possible synergistic effect on tumor control of RFA treatment and immune-stimulatory effects of VAE should be further investigated.

Core tip: We herewith present a case report of a patient with advanced pancreatic cancer with a survival time of 63 mo despite 2 times of relapse und continuous treatment with Viscum albumextracts. The patient preserved a good quality of live, regained his weight after weight loss during chemotherapy and is currently working full-time in his job. 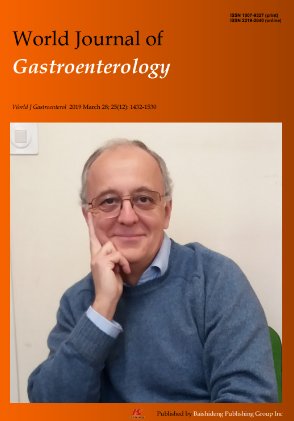